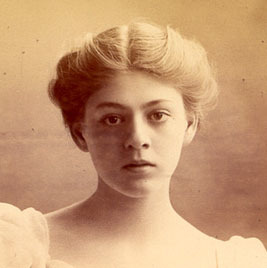 Ethel Barrymore (born Ethel Mae Blythe; August 15, 1879 – June 18, 1959) was an American actress and a member of the Barrymore family of actors, sister to Lionel and John and great-aunt to Drew. Unlike her brothers she spent most of her career on the stage, only dabbling in films until she was well into her 60s. Barrymore's career spanned six decades; as a stage actress she was regarded as "The First Lady of the American Theatre" before also appearing on film.

The 1932 film Rasputin And The Empress became a bit of classic Hollywood trivia by featuring all three of the Barrymore siblings.