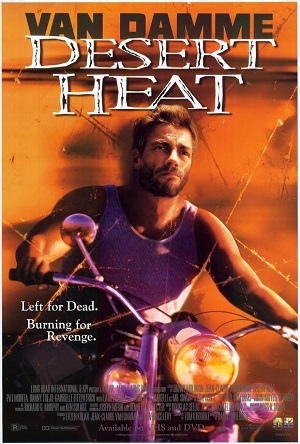 Haunted by the memories of what he's done, Eddie takes a trip to visit his old friend Johnny Sixtoes to deliver a motorcycle and request his permission "to take a journey." On the way, his bike breaks down and he's beset by the Hogan boys who shoot him, steal his motorcycle, and leave him for dead. Being JCVD, this merely pisses him off and, after being found and nursed back to health by Sixtoes, sets off to retrieve the bike and kill the Hogans and a whole slew of folk who get in the way. By the end, he's saved the town, found love, and found a new reason to go on living.