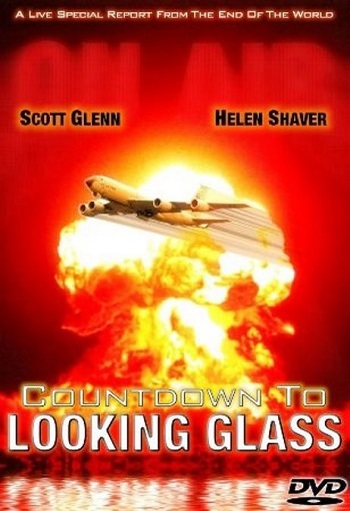 Countdown to Looking Glass is a 1984 Canadian Alternate History and Speculative Fiction film starring Scott Glenn and Helen Shaver among others, centered around the events that lead up to a nuclear war between the USA and the Soviet Union, as depicted in a series of evening newscasts that becomes a 24 Hour News Network.

Notable for its realism at the time (though not so much anymore) and for occasionally being Harsher in Hindsight. One of the less famous of the nuclear war movies of the 1980s along with Threads, The Day After, and World War III. Notable along with Threads for being on the "hard" end of the Speculative Fiction spectrum in that, at the time, such an attack could have happened exactly as it depicted and that it even bears some relevance in the present.

Tropes included in this film are: