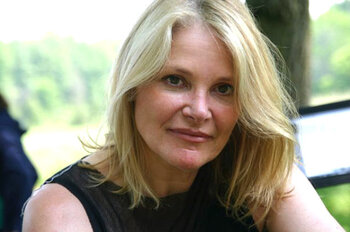 Helen Jane Shaver (February 24, 1954-) is a Canadian actress, director, and producer best known for Desert Hearts, The Amityville Horror (1979), and Poltergeist: The Legacy.