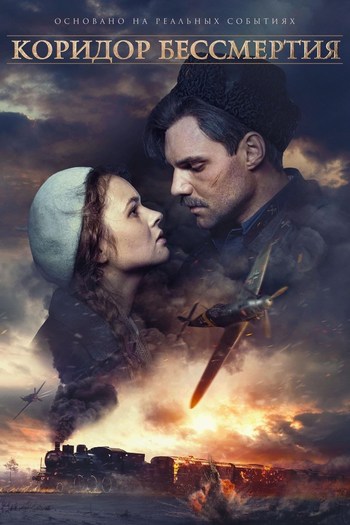 January, 1943. The tide of the Great Patriotic War against Nazi Germany is starting to turn. In Stalingrad, a German army is trapped and starving. Up north, in Leningrad, the good news is that the Soviets have managed to open up a corridor to the city of Leningrad, after the Germans besieged the city for a year and a half and a million Leningraders starved to death. The bad news is that the land corridor to Leningrad is a quite narrow one along the south shore of Lake Ladoga, some 4-8 km in width. While the Russians control the land, the corridor is still subject to artillery shelling from the Germans on the heights to the south, as well as Luftwaffe bombardment.

Enter Masha and Sonya, two young women barely out of high school. With the whole nation mobilizing to defeat the Germans, the two girls are assigned to the 48th locomotive column, to learn how to drive trains. They come under the supervision of Jora Federov, an experienced engineer. Unsurprisingly, love blooms between Masha and handsome, mustachioed Jora. Everyone is a little busy, however, with World War II, and the trains running a route to and from Leningrad that is called the "corridor of death".