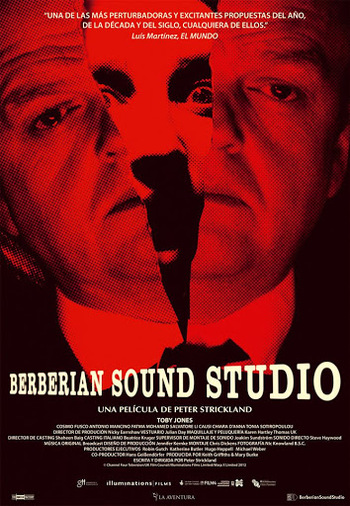 Part-psychological thriller and part-homage to cult Italian horror and the forgotten lore of analogue sound production, Berberian Sound Studio tells the story of Gilderoy (Toby Jones), a mild-mannered English sound engineer who's contracted to work in Rome on the sound effects to an Italian horror film. However, he's more used to making gentle recordings of wildlife, and the relentlessly sexually violent soundtrack he's producing begins to have a profound effect on him.