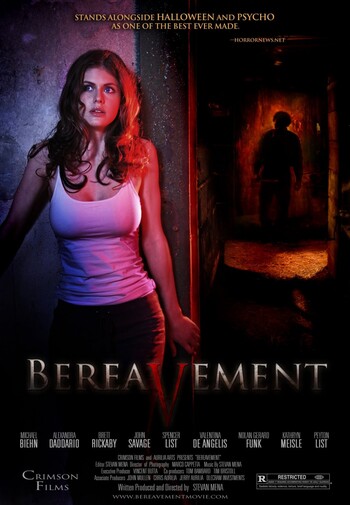 In 1989, Martin Bristol, a young boy diagnosed with congenital insensitivity to pain, is abducted from his home by serial killer Graham Sutter (Rickaby), who keeps Martin captive in his basement, forcing the boy to watch him mutilate his many victims. Five years later, Allison Miller (Daddario), a teenage girl who lost her parents, goes to live with her uncle Jonathan (Biehn) and his family, and she soon crosses paths with Sutter and Martin.