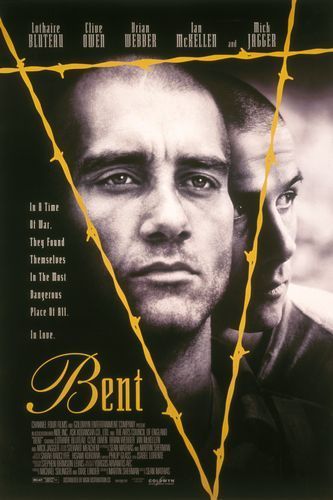 "I love you, Horst... and what's wrong with that?"
Advertisement:

Bent is a 1997 film based on the 1979 play of the same name. It stars Clive Owen and Lothaire Bluteau in the lead roles, as well as a cameo appearance by Sir Ian McKellen.

In this film, set in Berlin during the 1930s, Max (Owen) is a promiscuous customer of a popular cabaret. But after the Night of the Long Knives, he finds himself on the inside of a concentration camp. He convinced the guards that he was Jewish, rather than gay, under the belief that Jews would be treated better. But after coming into contact with the openly gay inmate Horst (Bluteau), Max has to decide whether it's more important to do whatever it takes to survive, or risk everything to show he is proud of who he is.