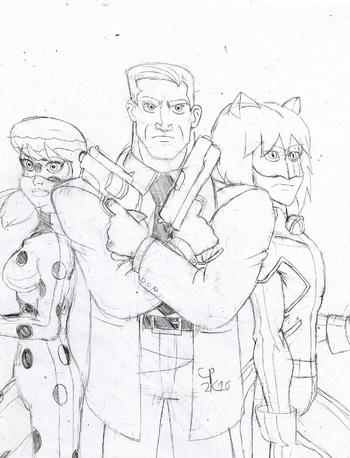 The Core Timeline is an amalgamation of chaos. The so-called real world has been overlapped with the realms of movies, comic books, anime, and more. Fanfictions have literally come to life.

Paris is one of the many cities changed by The Vanishing, a place where night never ends and the Internet is an easily-accessible plane. The lights are bright and the shadows run deep.

It is on this city where Roger Hackett must do a covert mission of vengeance. Fortunately for him, he will not have to run the shadows alone...

is a short story set on the Coreline Shared Universe, and a Crossover (primarily) with Miraculous Ladybug. The story is currently a work in progress.

This page is a work in progress. Please add Tropes as you see them!