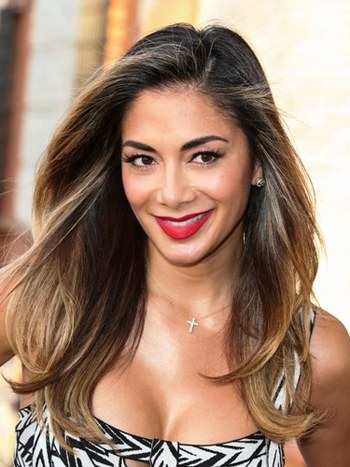 She was inspired to become a singer after receiving a cassette tape of Whitney Houston's debut album. After dropping out of college to pursue singing full time, she got her start as a backup vocalist for Travis Meeks' band Days of the New. In 2001, she auditioned for the WB show Popstars, and obtained the lead role as the head of the girl group Eden's Crush. The band only lasted for about a year, however.

In 2003, after a successful audition, she joined the newly-reorganized Pussycat Dolls as lead vocalist. Their two albums were successful, but behind the scenes, there was much internal infighting, particularly about the emphasis on Scherzinger over the other members. In 2009, the group broke up.

Following the group's breakup, Scherzinger went into television and acting, notably becoming judges for The Sing-Off, The X Factor, and The Masked Singer. She has continued to work in music, releasing two solo albums, and has also released clothing and fragrance lines, along with being an ambassador for UNICEF UK and the Special Olympics.