Top Gear is an American TV show about, much like its British counterpart, automobiles and driving. 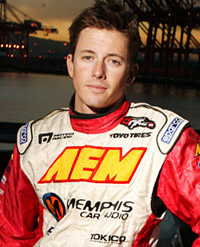 A professional racecar driver, Tanner has four X-Games gold medals and two world records. By far the most skilled driver of the three presenters, Tanner is often the man to beat in challenges. Adam and Rutledge consider him a pain to be around; the fact that Tanner likes to show off to taunt them doesn't help that image. Tanner tends to prefer cars he's familiar with (and thus knows the exact limits of), but failing that will typically go for the closest thing to a supercar he can find.

A racing reporter and analyst specializing in NASCAR, Rutledge is a heavyset, bespectacled nerd. That's probably why the other two guys are always picking on him. That, and they find his vehicular preferences laughable. Usually the most sure of himself throughout challenges and prone to bragging, he tends to go for cars that are... unique. 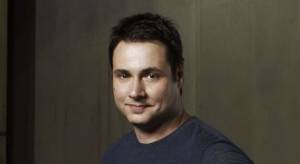 An actor and comedian you might recognize from Rescue Me, Adam is described by Rutledge as a "typical New Yorker": brash, loud, and rude. Of the three presenters of the US version, he's the only one who isn't a gearhead by profession, but he's no slouch when it comes to automotive knowledge or appreciation. His taste in cars is largely ruled by aesthetics — when he can, he likes to go big. Infamous for breaking cars during challenges. His comedy skills get a hefty workout in the show.