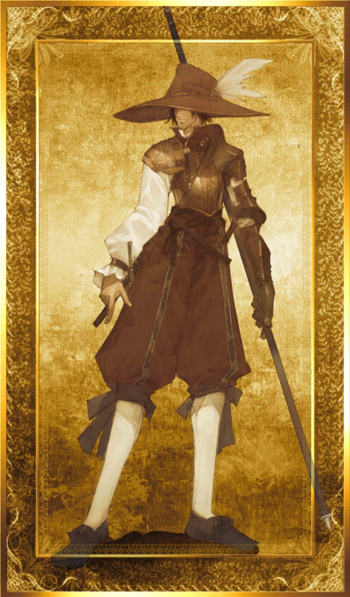 Heroic Spirit of the Lance

Lancer, the Knight of the Lance and Heroic Spirit of the Lance, is one of the seven normal Servant classes summoned for the Holy Grail War and considered one of the Three Knight Classes along with Saber and Archer. Servants placed within this class, many of which are Heroic Spirits who were knights, are very agile, proficient in hit-and-run tactics that capitalize on range and speed, and skilled with long-range melee weapons such as spears and lances.