There are additional Classes and designations that do not fall under the seven "regular" Classes summoned as part of the Holy Grail War ritual. These fall under the umbrella term of "Extra Classes", and are typically only summoned under extraordinary or taboo circumstances. As the Grand Order and the FATE summoning system do not operate under the rules of a Holy Grail War, such Servants are far more common during the events of Fate/Grand Order.

While many Extra Classes exist, like Gunner, Faker, Voyager, Watcher, Saver, or Funny Vamp, only seven have appeared thus far in Grand Order: Shielder, Ruler, Avenger, Moon Cancer, Alter Ego, Foreigner and Pretender, the last two of which make their introduction to the franchise here. The classes of Ruler, Avenger and Moon Cancer make up their own class triangle with Avenger beating Ruler, Ruler beating Moon Cancer, and Moon Cancer beating Avenger, while Alter Ego, Foreigner and Pretender also make their own class triangle, with Alter Ego beating Foreigner, Foreigner beating Pretender, and Pretender beating Alter Ego. Shielder, currently exclusive to Mash, exists outside all class interactions and thus hits for and receives neutral damage from all classes. 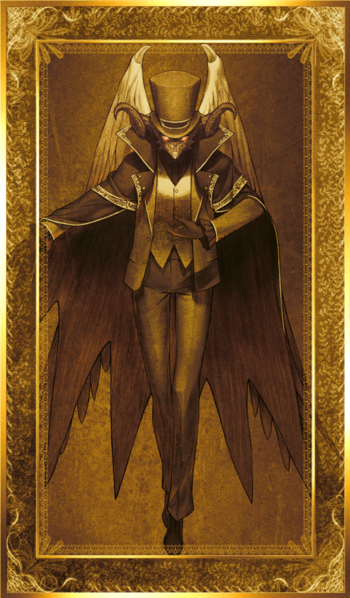 Introduced in Cosmos in the Lostbelt, the Pretender class is defined as those who would deceive and mislead others to accomplish their deeds with such skill and deception that their guises would be just as powerful as the deceiver or even greater. These Heroic Spirits are those who use a role and are opposed to neither man nor monster, but the World itself with their impersonations. 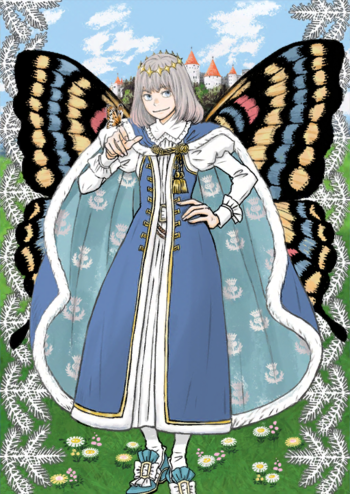 The Faerie King of the Abyss
Second Ascension 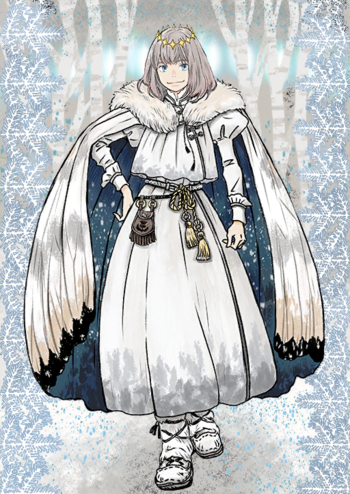 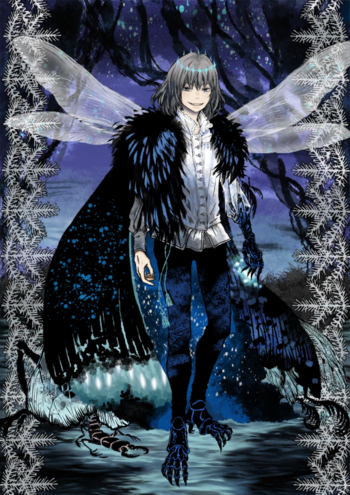 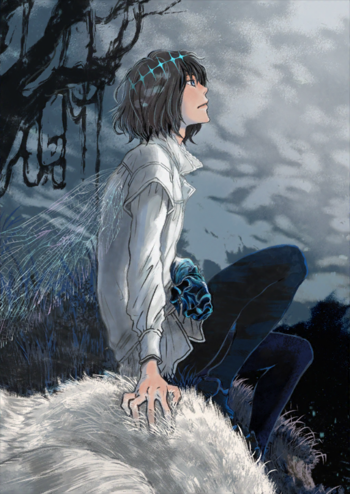 Rarity: SSR (5*)
ID: No. 316
Command Cards: QQABB; (B)
Alignment: Chaotic Evil
Attribute: Earth
Origin: Literature (A Midsummer Night's Dream), England (Arthurian Legend)
First appearance: Fate/Grand Order (Oberon), Garden of Avalon (Vortigern)
Illustrated by: Chica Umino
Voiced by: Toshiyuki Toyonaga
"Hey there, so this is Chaldea, then? I've heard about it but it really gives you the chills once you're here in person! Oops, introductions, introductions. I am Oberon. Oberon, the Fairy King. As you can see, I'm just playing at being king. But I'm quite good at breaking the ice. I'll do what little I can to be of use to you... I'll be in your care, then?"

The king of the fairies in medieval and Renaissance European literature, most famous today for his role in William Shakespeare's A Midsummer Night's Dream. According to Oberon, his wife in Shakespeare's play, Titania, is a purely fictional creation of Shakespeare's.

All that was described above are all but lies when it comes to this Oberon. He is not a Servant from Proper Human History, but an apocalyptic device created by Faerie Britain to destroy itself. He is named Vortigern, a name shared with the uncle of King Arthur, the personification of the white dragon who tried to bring an end to the Age of Man. He had tried to bring an end to the land of fairies in the Great Calamity, but was stopped during that. He was reborn in the Autumn Forest of Wales, where the outsider fairies claimed him as their king, making him "Oberon".

He serves as an ally and the final antagonist in "Lostbelt No. 6: Fairy Round Table Domain, Avalon le Fae", as he is the one behind the threat of the planet collapsing that forced Chaldea to enter the Lostbelt.