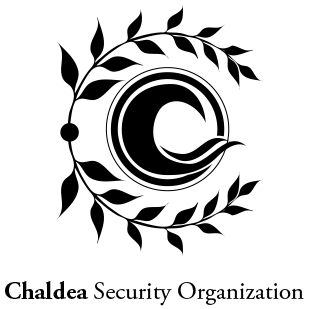 Guardians of the Future
The Chaldea Security Organization is a secret agency founded by Marisbury Animusphere, one of the Clock Tower's twelve lords, and sanctioned by both the Mage's Association and United Nations. By bringing together the most brilliant minds in magic and science, Animusphere aimed to guarantee humanity's existence for at least the next hundred years. The most vital part of this operation is the Animuspheres' crown jewel, the Global Environmental Model 'CHALDEAS', a complete and total simulation of Earth in all eras of history to monitor any anomalies within the timeline. Chaldea's reach is immense, thanks to the resources pooled together from the various organizations backing it, with its primary facilities located in Antarctica, the oil-drilling platform Seraphix in the North Sea, an observatory in Hawaii, and a nuclear reactor base in France.
open/close all folders 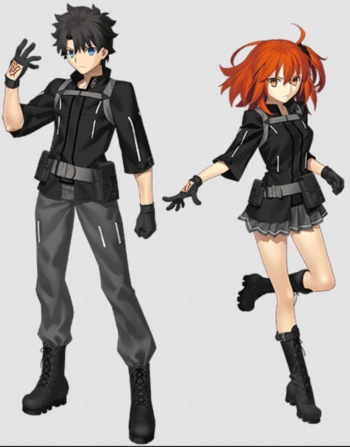 Once they save humanity, they stay on with Chaldea, preparing for their inevitable departure... before certain circumstances get in the way.
See their page for tropes related to the Protagonist.
Mash Kyrielight (Shielder) 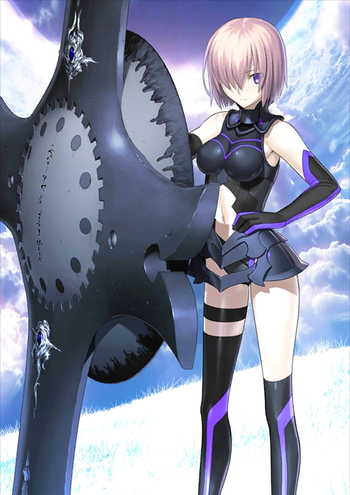 Mash is a former member of Chaldea's Team A and the only known successful example of a Demi-Servant, a human fused with a Heroic Spirit. Her abilities lay dormant before the story begins. When she and the protagonist are sent to Fuyuki after the explosion at Chaldea, her abilities awaken, making her the first example of a Shielder class Servant seen in the series. She has a tendency to refer to people she considers more experienced than her as 'senpai' and only very rarely refers to the protagonist as anything else.

The character of Shielder was reused from an initial concept idea from Fate/stay night as the "Stray Servant" and heroine candidate. 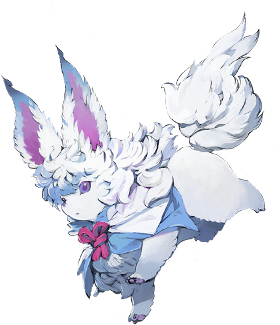 Fou is an animal that appears to be able to freely walk around the Chaldea Security Organization's complex, and has a notable attachment to Mash. The protagonist meets it alongside Mash, and it then tends to come along on the various Singularity missions. 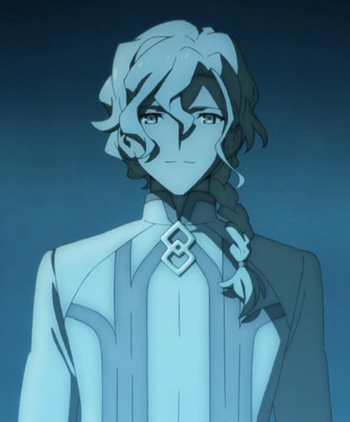 Olga Marie's deceased father. He is one of the twelve Lords of the Clock Tower, as head of the Department of Astromancy, and founded Chaldea using his funds, serving as the head Director until his untimely death.

A member of the prestigious Animusphere family of magi and the second director of Chaldea. She monitors the future and is trying to prevent the extinction of humanity.

More known as Dr. Roman, he is the head of Chaldea's medical ward. He is responsible for making sure the Master candidates stay in good health. After the prologue, he becomes the Director stand-in. 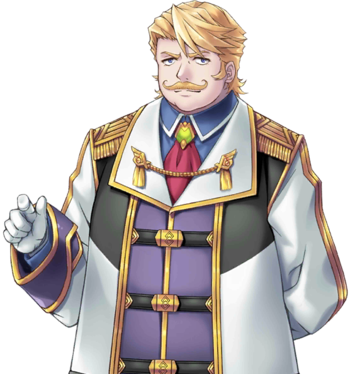 The son of Gordes Musik, and heir from a family of alchemists most "renowned" for living slightly longer and being slightly richer than comparable magus families. In the aftermath of Chaldea resolving the Incineration of Human History, he was convinced to use his family wealth to buy the entire organisation before the Mage's Association could disassemble it. Unfortunately, he was duped into leaving Chaldea vulnerable to attack by the forces of the Foreign God, and barely escaped with Chaldea's remaining forces on the Shadow Border.

Although beginning as a pompous and clueless fool with little real experience of crisis management, he eases into his role as Director and begins to display some of his strengths and leadership qualities: most notably, being incredibly empathetic and protective towards his lives of his staff; expressing true remorse for past mistakes and a willingness to make them up; and a grounded "better safe than sorry" leadership style that counterbalances the "high risk, high reward" thinking from Chaldea staff who lived through the Incineration incident.

In General
The various people aiding the player in the Rayshift process and helping around Chaldea.
Dustin 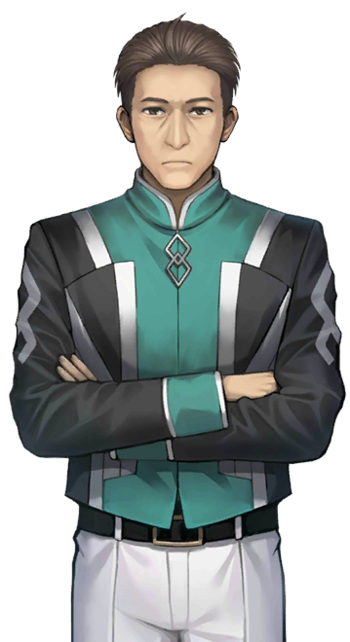 One of the engineers responsible for maintenance at the base. Originally a cosmic rays physicist, he was hired by Marisbury to work on the Particle Accelerator and had worked at Chaldea for 15 years. 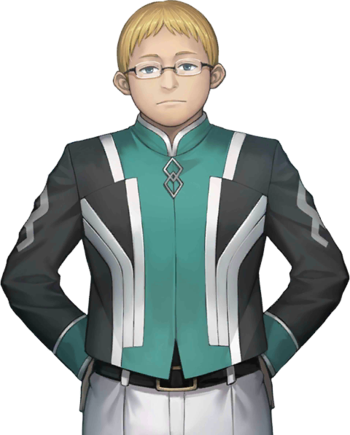 One of Chaldea's staff members who has stuck with them through thick and thin, even as the world is threatened multiple times. He first popped up in Agartha and finally appeared physically in the prologue to Cosmos in the Lostbelt, after which he became the most prominent member of the general Chaldea staff as the helmsman for the various crafts they acquire in the storyline. 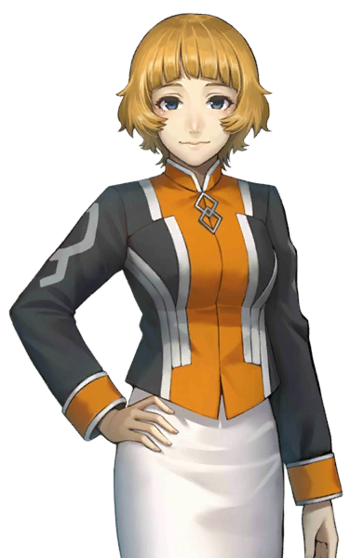 One of the workers in the control room. She was originally a student of the Clock Tower before being recruited.

Professor Lev Lainur (Unmarked Spoilers
Inventor of the Near-Future Observation Lens Sheba, and confidant of Olga Marie. Reveals himself to be the traitor that bombed Chaldea during the Singularity F incident.

Team A
The primary team of Masters, consisting of 7 elite mages along with Mash Kyrielight. They were critically injured by Lev Lainur's bomb, cryogenically frozen to save their lives, and later resurrected under mysterious circumstances as a new team that opposes Chaldea called the Crypters.

The Second Master (Lostbelt 6.5: Traum spoilers)
After making a Heel–Face Turn, the disbandment of the Crypters, being placed in Chaldea's care by Rasputin, and recovering from the coma he was placed in by Ashiya Douman's assault during the events of the fifth Lostbelt, Kadoc Zemlupus has agreed and been allowed to assist Chaldea in their missions on a probationary basis shortly after the destruction of Chaldea's headquarters in the Wandering Sea.

Heroic Spirit bound to Mash (Singularity 6: Camelot spoilers)
The second successful summon by Chaldea, fused within Mash and making her what is known as a Demi-Servant.

Leonardo da Vinci
The third Servant successfully summoned by Chaldea and head of the technical team. She would later succeed Dr. Roman as the Acting Director.

Sherlock Holmes
A Servant summoned by the world to investigate the cause of the Incineration of Humanity. He later joins Chaldea as part of the Mission Control.

Miyamoto Musashi
A dimension-hopping swordswoman from a parallel world. First encountered in the flesh during the events of Shimosa, after her death and incarnation as a Servant she becomes a self-proclaimed honorary Chaldean still drifting through worlds.

"Captain" (Lostbelt 4: Yuga Kshetra spoilers)
Sion's Servant introduced in Cosmos in the Lostbelt who becomes part of the technical team.

In General
An oil rig that serves as resources for the main facility in Antarctica, the Seraphix Facility serves as the main setting for the event Abyssal Cyber Paradise, SE.RA.PH.
Arnold Beckman

Another employee of the Seraphix platform, and the Secretary to the platform's Commander. Shortly after Seraphix was lost, he staged a coup and executed the higher ranking members, making him the leader. 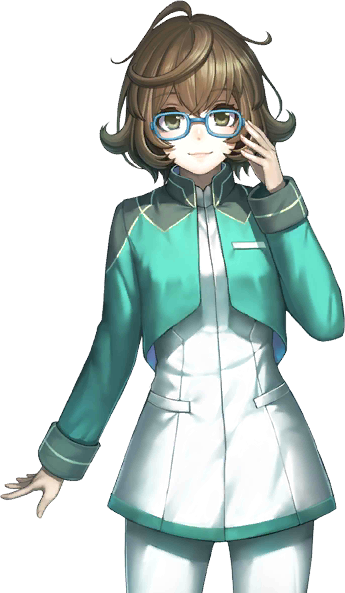 A relatively low-level employee aboard the Chaldea Foundation's Seraphix platform, she is one of the few survivors encountered when the Chaldea group finally manage to infiltrate SE.RA.PH in its relevant chapter. She's able to provide the team with several crucial pieces of information to aid their investigation of the crisis that has engulfed Seraphix. 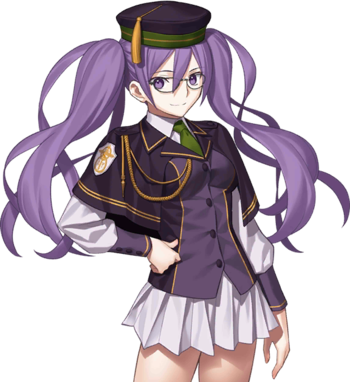 The adoptive daughter of Zepia Eltnam Atlasia, head of Atlas Institute. In contrast to the girl called Sion Eltnam Atlasia, her father not succumbing into madness allowed her to achieve a good upbringing in Atlas. But everything changed when she foresaw an alien invasion happening in 2017. In preparation of Chaldea being destroyed but the staff surviving Foreign God's assault, she fled to the Wandering Sea in order to form a new base to them named Novum Chaldea. She's also the one responsible for creating two of Chaldea's most important pieces of equipment: Trismegistus and the Paper Moon. 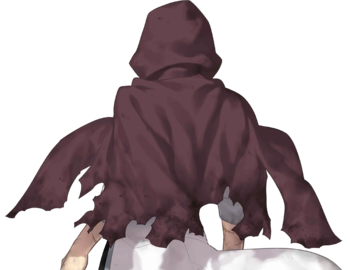 The Man from Chaldea
A mysterious individual claiming to be affiliated with the Chaldea Security Organization. He is currently traveling through the Lostbelts ahead of the Shadow Border, helping the inhabitants and spreading the name of Chaldea.