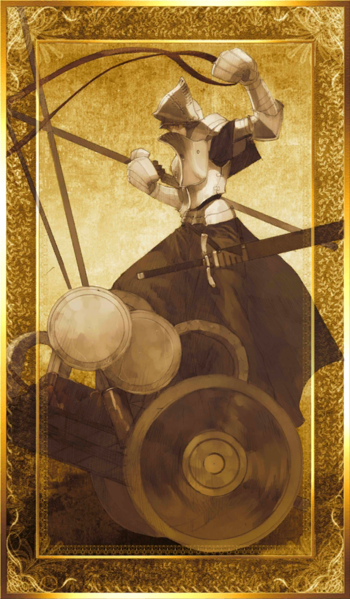 Heroic Spirit of the Mount

Rider is one of the seven normal Servant classes summoned for the Holy Grail War and is also one of the Four Cavalry Classes. Servants in this class are known for riding mounts or vehicles. Military commanders also often appear in this class. They generally have lower attributes compared to the Three Knight Classes, but the mounts described in their legends can grant them powerful Noble Phantasms or abilities. They have Magic Resistance and Riding, allowing them to fully utilize the abilities of their mounts. Depending on rank, they can ride everything from simple horses, to modern machinery like motorcycles and planes, or even Divine Beasts. Dragons are an exception, as very few Heroic Spirits have the skill or legend to do so.