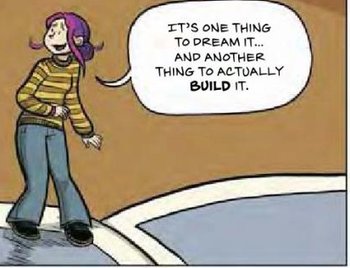 It's one thing to dream it, it's another thing to build it.
The protagonist. An energetic 7th Grade girl with a passion for theatre.

I'm not very good at singing. Or dancing.
An 8th Grader who joins the stage crew due to being too shy to sing. Gets close to Callie.
Justin Mendocino 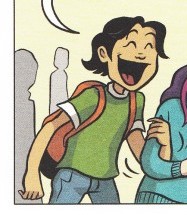 You are officially my new favorite person!
An 8th Grader and Jesse's twin who is his polar opposite personality wise (asides from also being a Nice Guy).
Liz

...I'm scared of the dark
Callie's best friend and the girl behind costume design.
Matt

some caption text
Crew member in charge of lighting.
Rest of the Crew
LorenDelfinaMirko