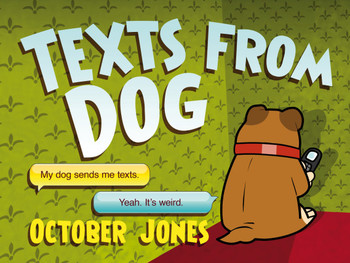 Texts From Dog is a series of images created by October Jones that are composed entire of text conversations... that October ostensibly has with their pet bulldog, Dog. It also depicts the antics that a dog owner would commonly have to deal with with the animals under their care.

It's also totally hilarious. You can find it here

Texts From Dog provides examples of the following tropes: