Blog / Musings Of A Warlock 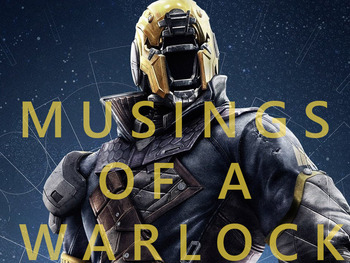 The best The Traveler can deliver he's not!
Advertisement:

Musings of A Warlock is a blog that's a mix between a Let's Play and parody set in the world of Destiny created by Tom "Avenuewriter" Hoover. The blog chronicles the misadventures of the titular, and nameless, warlock. A neurotic and disturbed individual, The Warlock finds himself constantly at odds with the world of Destiny and its inhabitants. Taking a page from Freeman's Mind's book, the blog tends to be a mix between parody and a somewhat humorous critique of the game's more questionable elements.

The blog is currently on an indefinite hiatus due to Creator Breakdown.