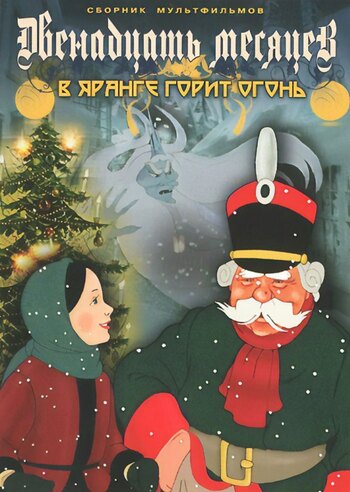 The Twelve Months is a 1956 Soyuzmultfilm cartoon directed by Ivan Ivanov-Vano based on the fairy tale of the same name. It features a spoiled teenage Queen who can barely read or write, who intimidates her advisors and tutor by threatening them with death. When her tutor tells her about the twelve months of the year, the Queen demands that spring starts with the new year. If someone can bring her snowdrops to her New Year ball, they will be paid in gold.

A greedy old woman sends her hated Stepdaughter to gather snowdrops in the forest. However, the Stepdaughter meets the personifications of the twelve months of the year who help her and give her snowdrops, but warn her that she mustn't tell anyone about it.

There are various uploads of the original cartoon on YouTube.

Tropes for this cartoon include: