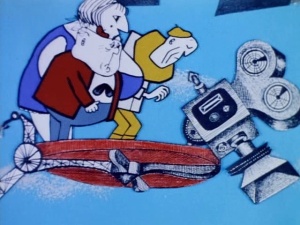 Film, Film, Film is a Soviet animated film (1968) directed by Fyodor Khitruk which chronicles the creation of a movie from the writing of a script to the premiere.

It can be seen on YouTube with English subtitles