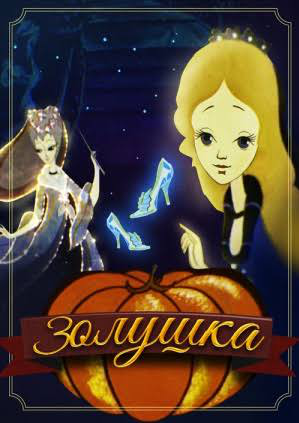 Cinderella (Russian: Zolushka, золушка) is a 1979 Soviet Russian cartoon by Soyuzmultfilm, directed by Ivan Aksenchuk, adapted from the Charles Perrault fairy tale Cinderella. The titular character, Cinderella, lives with her father and stepfamily, doing all the chores around the house. After Cinderella was refused to go to a grand ball held by the King and the Prince, and forced to do chores instead, her Fairy Godmother helps her get to the ball.

The original Russian language version is available to watch on YouTube. Additionally, there have been multiple English dubs with narration.