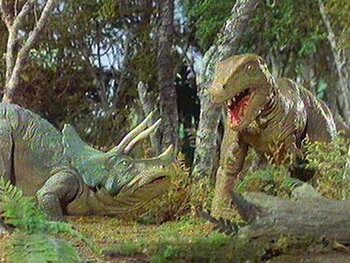 64,000,000 Years Ago is a 1981 Stop Motion animated short directed by Bill Maylone for the National Film Board of Canada.

The film revolves around the lives of North American dinosaurs in the late Cretaceous period, through the eyes of an early mammal trying to survive.