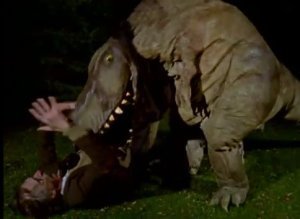 Sometimes the prayers become the prey

The VelociPastor is a short, faux grindhouse trailer made by BrendanSteere

in 2011, whereafter it was featured on numerous blogs and screened on G4's Attack of the Show!.