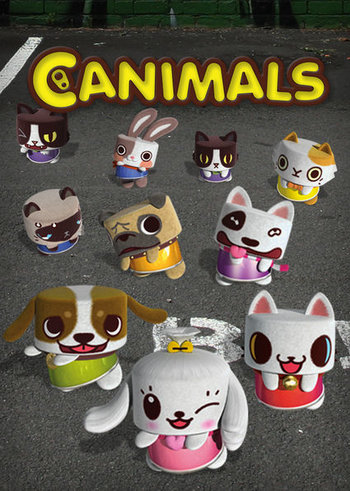 There’s more to a can than you think!

Created by Vooz, the same Korean company that brought you Pucca, Canimals revolves around a bunch of cute animals with cans for their bodies. They love to play with the environment around them, often times hiding in their cans from humans.

A fast-growing franchise, they have shown up on plushies, shirts, pillows, cups, and other merchandise. They have also shown up in apps for Android and iOS.

Tropes in the Canimals series: