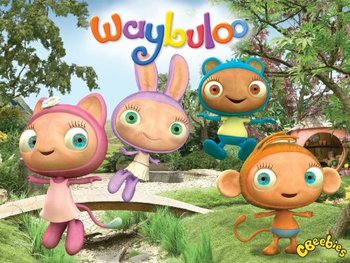 Waybuloo is a British cartoon produced by CBeebies.

They live in the magical world of Nara.

Everyday, human children called Cheebies visit Nara. Together, the Piplings and the Cheebies solve small problems and learn about the world.

No vocals or lyrics, just a gentle flute with subtle instrumentation.

No vocals or lyrics, just a gentle flute with subtle instrumentation.