Western Animation / The Legend of Frosty the Snowman 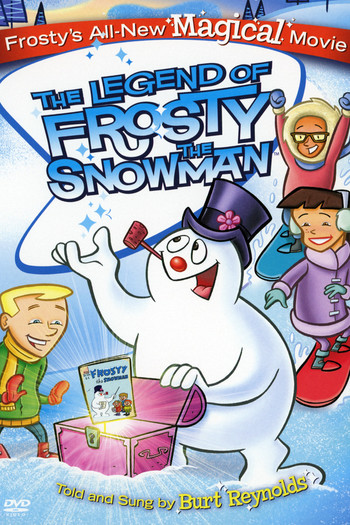 The most recent adaptation of Frosty the Snowman which takes place in a town called Evergreen where freedom is very limited until Frosty comes to help the protagonist, Tommy Tinkerton. The entire story involves Frosty trying to help Tommy, a young shy boy who seeks desperately to please his punctilious father who he fears disappointing. But to do so, he has to get through to everyone Tommy knows. Throughout his adventures with the people of Evergreen he slowly turns the straitlaced uptight town into a more free and carefree environment. Which does not go well with the school principal, Principal Pankley, who seeks total control over all aspects of Evergreen and wants to use Frosty's influence to manipulate the mayor.

This story holds a much stronger continuity to the original Frosty the Snowman than any other special, even featuring a comic book over Frosty's origin with most of the characters from the original appearing in the comic.

The special had been a staple in Cartoon Network's Christmas line up for many years.