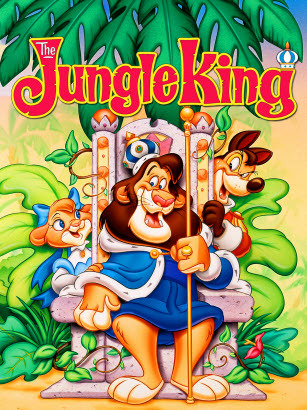 The Jungle King is a 1994 Animated Musical made by Golden Films.

The film is about a lion king called Maximilien, who is selfish, arrogant and obnoxious. The Hyena Chancellor is conspiring with a tiger kingdom and manages to have the king kidnapped. Then, General Glump talks to Irwin, the king's brother, and persuades him to impersonate the king.