Western Animation / The Legend of Su-Ling 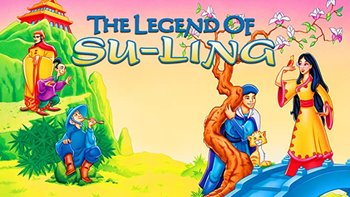 The Legend of Su-Ling is an animated movie made by Golden Films.

Long ago in ancient China lives a kind and charming young prince named Chen. His relationship with his father, the Emperor, has suffered a great strain since his mother passed away. The Emperor has been taking away the peasants' most valuable possessions while simultaneously trying to plan for Chen's wedding. Fed up with his life, Chen leaves the palace and meets a beautiful peasant girl who owns an equally beautiful nightingale.

The Legend of Su-Ling provides examples of: