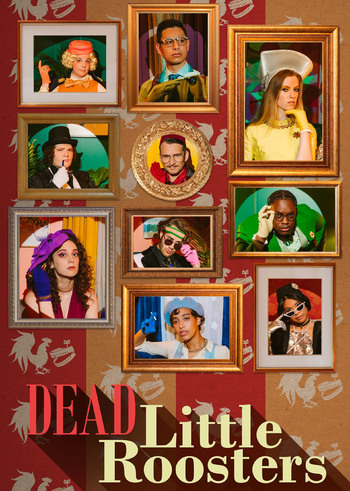 "Promise of great fortune draws 10 little roosters together, but murder will tear them apart! Who will be the sole survivor on this evening of trickery and deceit?"
Advertisement:

Written and directed by Fiona Nova and Josh Flanagan, the series is about ten guests who have been brought to the Nicodemus estate and are told they stand to inherit a vast fortune. But before further details are known, their mysterious benefactor is shot dead. With the guests being the main suspects, they are confined to their rooms as the investigation is carried out, but unfortunately for them, the murderer also has it out for the guests as well.

Dead Little Roosters premiered on January 8, 2021, and while the first episode is free to the public to watch, the remainder of the show is behind their First paywall. Be aware of spoilers below.