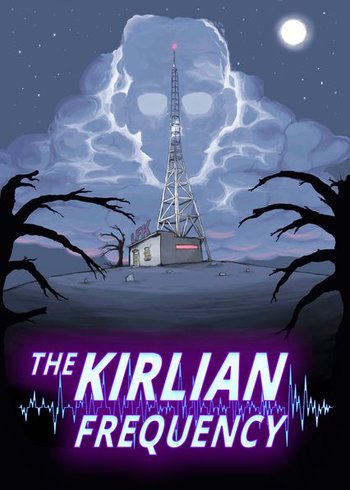 The Kirlian Frequency is an Argentinian Web Series originally uploaded on YouTube and Vimeo in 2017. The show was moved to Netflix in 2019. The action takes place in the town of Kirlian in the Buenos Aires province. The location of this town is unknown. Anyone who knows where it is already living there. If you get there, you better not go out at night and don't you dare tell anyone about it. Someone will hunt you down and make sure of it.
Advertisement:

That someone is the mysterious radio show host, who broadcasts all night, every night to report on the rampant supernatural events that affect the citizens. Every night he offers the people of Kirlian a little solace, entertainment and protection from their life in this town where they get attacked by aliens, witches, ogres, vampires, mutant mosquitoes and eldritch abominations on a nightly basis.

The Kirlian Frequency contains examples of: