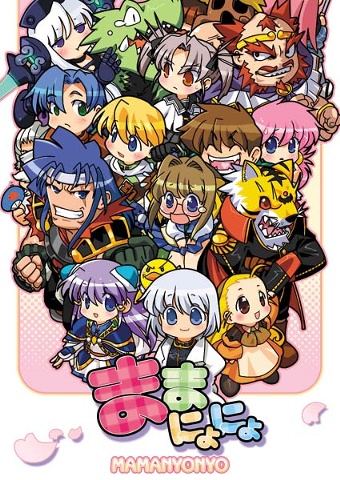 "I've built an amazing machine! It'll summon Heroes from other universes!"
— Nanus explaining the premise of the game.

In the world of Mamatoto, all countries have moving castles. Because their fortresses can move the countries constantly grapple for territory. Mamatoto is the last castle of Nanus' nation, and all his life they have been fleeing from bigger countries. Nanus dreams of a world where all the countries would be united, with an end to the constant fighting.

To this end, he uses the evil-looking Mamatoto castle, as well as his inventions, to conquer the world. To do this he invented a device that will allow him to summon soldiers from another dimension by utilizing summon ore. Because he seeks to unite the world as quickly and with the least killing possible, he aims to improve his army to the point where he has such overpowering numbers that his enemies would be forced to surrender. The game follows him building up his army by venturing through the Cross Cave seeking the summon ore that will fuel his machine and summon great heroes from other dimensions.

Widenyo is a widescreen remake of Mamanyonyo, a Massive Multiplayer Crossover Strategy RPG game featuring characters from past Alicesoft games including the Rance, Toushin Toshi and Dai series. The game is part of the Alicesoft 2010 collection and it has received a fan-translation which can be found here