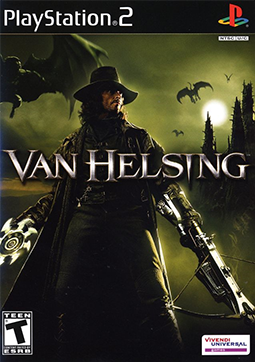 Van Helsing is a video game based on the 2004 film of the same name. It was released by Vivendi Universal Games for the PlayStation 2, Xbox and Game Boy Advance. It is inspired by Devil May Cry and features most of the cast from the film.

The video game adaptation provide examples of the following tropes: