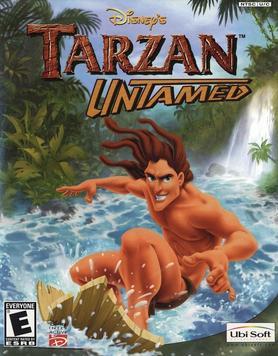 Tarzan: Untamed is a video game sequel to Disney's 1999 animated film Tarzan. It was released on the PlayStation 2 and Nintendo Gamecube in November 2001 by Ubisoft. It had Tony Goldwyn and Nigel Hawthorne reprise their voice over roles from the film.