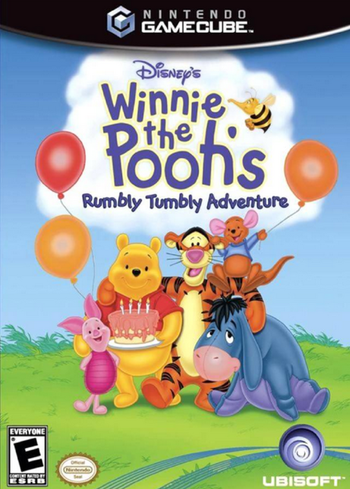 Winnie the Pooh's Rumbly Tumbly Adventure is an action-adventure video game intended for very young gamers. It was released in 2005 for the Nintendo Gamecube, Playstation 2, and Game Boy Advance.
Advertisement: