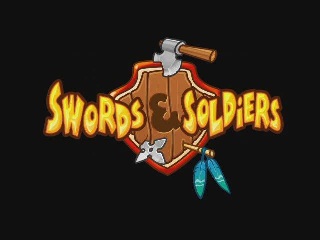 In the first game, the Vikings, the Aztecs, and the Chinese are fighting over a giant pepper for various reasons. The sequel replaced the latter two factions with Persians and demons, but the core premise remains unchanged: Get gold, buy troops, get them safely to the other side, and destroy their base before the same happens to you. Both games feature a single-player campaign for each of their factions, as well as the skirmish and multiplayer modes.

Swords and Soldiers provides examples of the following tropes: