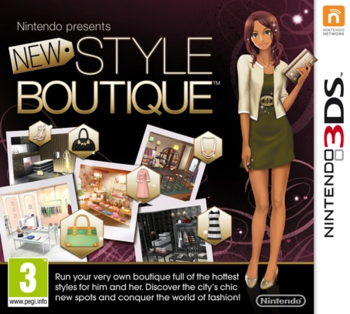 This is the second game in the Style Boutique series, which released on the 3DS in 2012.

You've just moved to a new town, and are fortunate enough to immediately find a job at a boutique run by Evie (Michaela in North America), the famous jet-setting stylist. After proving your chops, Evie will hand the shop over to you, leaving you to maintain a diverse stock of clothing while seeing to your customers' needs, and at the same time making a name for yourself in the town's nightly fashion shows.

Clothing options have expanded to include handbags, as well as several ranges of menswear, for a total of 12,000 individual items.