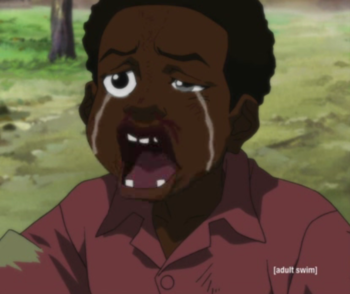 open/close all folders
Comics
Season 1
Return of the King

The Block Is Hot

The Passion of Reverend Ruckus

The Story of Gangstalicious Part 2

Season 3
A Date with the Booty Warrior