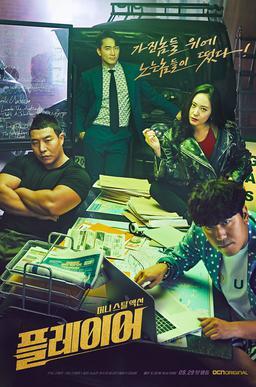 A genius conman, an expert driver, a hacker and a fighter team up to solve crimes and track down money hidden away by criminals.

with English subtitles, though it isn't available in some regions.

Not to be confused with the American series The Player or Players.