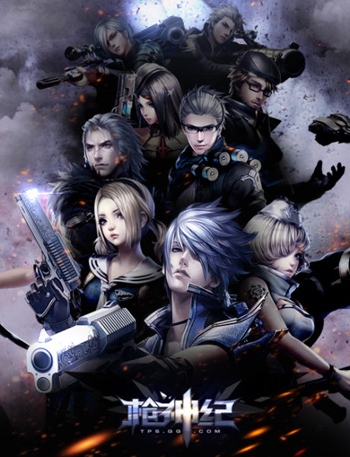 Meet the AGENTS
Age of Gunslingers Online is Tencent Games' Third-Person Shooter (TPS) MMO Game. The game is heavily inspired by Team Fortress 2 & Gunz. The game's first beta testing was in 2011, the same year that Final Combat's developed the game. Tencent then closed the beta, and reopened it in 2012, then closed it again, until 2013 when the game was fully released.