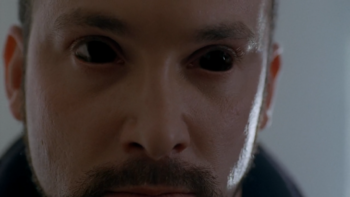 "I think I've just found out what those men were exposed to, what the Piper Maru was out there looking for."
Written by Frank Spotnitz & Chris Carter
Directed by Rob Bowman
"Why, if they knew about it, why wait 50 years to try to recover it? And why was the only person not exposed, the diver, who was sent down to find it?"
— Fox Mulder
Advertisement:

A deep-sea salvage ship brings something mysterious and dangerous to the surface.