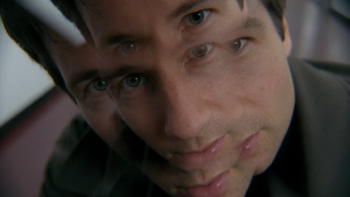 "Greetings from planet Earth."
Written by Darin Morgan
Directed by Kim Manners
"I just hope you're not implying you've come across an infestation of killer cockroaches."
— Dana Scully
Advertisement:

Strange incidents surround a cockroach infestation in a small town.

"If these beings ever visited us, would we recognize what we were seeing?"