Recap / The Amazing World of Gumball S3E35 "The Countdown" 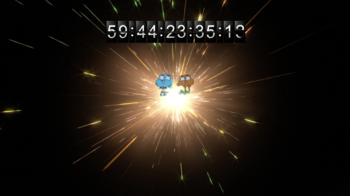 Gumball and Darwin miss the bus and have only six minutes to get to school or face expulsion, but when Gumball hits the screen and breaks the timer, the duo begin messing with time and reality.