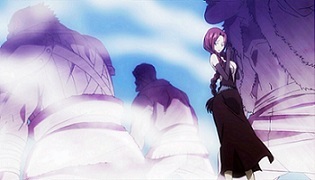 Team Natsu go on a Request for the 4th member of the Ten Wizard Saints.