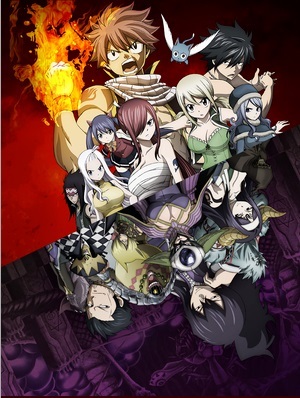 The gate to hell has opened...

The Tartaros Guild mentioned in previous arcs finally begin to make their move, seeking to destroy humanity with a bomb that will take away all magic. Fairy Tail naturally get involved, but as the guild is made up of demons, find themselves facing their toughest opponents yet.