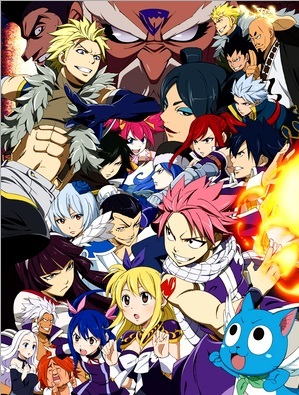 Eight guilds enter, but who will be The One?

Wanting to the regain their status which has dropped over the years, Fairy Tail enters the yearly Grand Magic Games in hopes of doing so, but face stiff competition against other competing guilds including rival guild, Raven Tail and the current number one guild, Sabertooth. All the while, a dark conspiracy lurks in the background.