Nausea Fuel / The Binding of Isaac 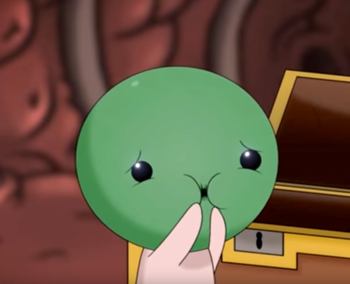 We don't blame you, Isaac...
Advertisement:

The Binding of Isaac, to lightly put it, is a really gross game, filled to the brim with Body Horror, Gorn, and Toilet Humor. While the cartoonish artstyle makes most of it slightly more easier on the eyes than it should be (if you're not too easily disgusted that is), you'll still find yourself cringing over what you'll come across.