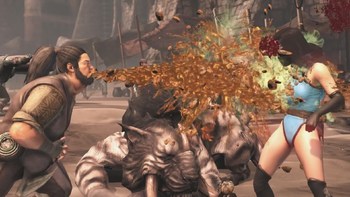 When this becomes literal.

Mortal Kombat is known for its violent finishers, so it's no stranger to being particularly gross. Much of this particularly comes from 9 onwards, though they're by no means limited to them.