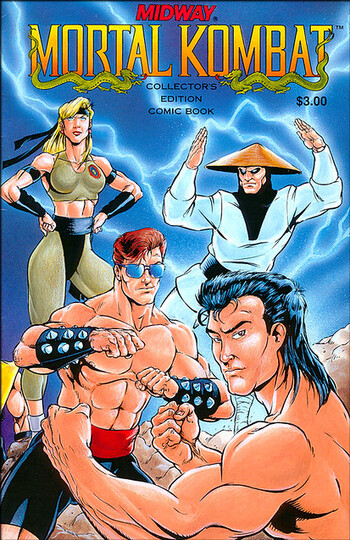 Before and after Malibu had a crack at a Mortal Kombat comic series, Midway did a few official comics based off of 1, 2, 4 and an unreleased one for Deception as well. The first 2 comics were advertised in their respective games' Attract Modes. There is also a comic that focused on the beginning of Mortal Kombat vs. DC Universe.
Advertisement:

They serve to fill in backstory details about the games as best as possible although their canonicity is generally safe, though somewhat light. The Deception Comic in particular makes little sense unless you read the associated characters' bios for more insight to the characters' plots.