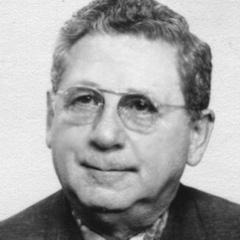 His career in film and television began as a boom man on low-budget features and then as a sound mixer. In 1978 he worked on the low budget Sci-Fi movie Laser Blast and collaborated with composer Richard Band. Goldsmith worked with Band again as a Sound Mixer this time on another lower budget feature titled The Day Time Ended. His first solo scoring assignment came in 1981, with Olivia for

German director Ulli Lommel. This early score was succeeded by numerous TV assignments before finally being handed a major assignment in the guise of the cult Steve Martin comedy The Man with Two Brains, with Goldsmith providing a manic and fun score. These early scores were essentially synthesiser only and his expertise in this field was utilised by his father during the 70s and 80s. Most notably in 1984 for Jerry Goldsmith's first completely electronic score - Michael Crichton's futuristic thriller Runaway. The time, effort and budget on this project was said to have out weighed that of a symphonic score.

Goldsmith composed his first symphonic score for another lower budget Sci-Fi thriller called Moon 44, and was an early score to reveal the obvious influences of his father. Moon 44 seemed at one point to be a one off but latter assignments followed in the form of Man's Best Friend, Kull the Conqueror, Shadow of a Doubt, Vampirella, Shiloh and Diamonds, all of which helped reinforce Goldsmith's standing within the crowded composer market place. Additionally Goldsmith scored a number of TV movies to great affect, Inferno and Shadow Of A Doubt are worthy of note. Goldsmith's last film assignment was a Zombie thriller War Of The Dead in 2010. Goldsmith also worked on impressive music scores for a number for video games, providing powerful military scores for Call Of Duty 3, Corpse Killer and Tom Clancy's SSN.

However, it was the world of TV that provided the composer with his best opportunities, writing sterling music for Hawkeye, The Outer Limits (1995), Witchblade, Diagnosis: Murder, The Untouchables and in particular the TV epic Helen of Troy. But his most acclaimed work was for the TV spin-off from Stargate; Stargate SG-1 which proved a massive hit and featured some powerful scores. Stargate Atlantis followed and allowed the composer to turn in one of TV's finest themes and gain Goldsmith a well deserved Emmy nomination. Another Stargate spin off featured exciting scores from Goldsmith - Stargate Universe. His association with Stargate did not end there, with two feature length stories; Stargate Continuum and The Ark of Truth.

Goldsmith was only 54 when he passed away on the 29th April 2012. He had been diagnosed with a form of lung cancer and a muscular disease in 2011. He fought this bravely and continued to work when he could on a personal Music and DVD project called "Rhythm From Chaos", a project that he was very excited about and proud of.