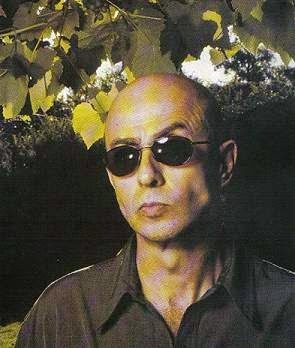 Carlos Alberto "Indio" Solari is an Argentinean musician born on the city of Paraná, province of Entre Ríos on January 17, 1949. He's best known for being the lead singer and lyricist of Patricio Rey y sus Redonditos de Ricota.

Solari formed Los Redondos on 1976, alongside guitarist Eduardo "Skay" Beilinson, manager Carmen "La Negra Poli" Policastro and a troupe of musicians and artists. He spent The '80s and The '90s fronting the band that dissolved on 2001. Afterwards, he began a solo career where he played few and far in between dates due to the hugenote his shows began at 50.000 people, while his last show, at the city of Olavarría, drew around 250.000 fans (and sometimes problematic) crowds that he inherited from Los Redondos, in contrast with his former bandmate Skay, who went to play more dates on smaller venues.

He stopped doing shows after the 2017 gig in Olavarría ended up with the death of two fans and several injured people, and after being diagnosed with Parkinson, as well as his advanced age.

In addition to a musician, he's also a filmmaker and a writer. He also owns his own recording studio, Luzbola Records, which he used to release his solo career's albums. His solo band is called "Los Fundamentalistas del Aire Acondicionado"note "The fundamentalists of the conditioned air". Yeah, try not to make sense of that., which were active until November 19th, 2022. Halfway through the same year, he created another band, called "El Mister y los Marsupiales Extinctos"

, a band focused in a more adult lounge-like music, far from the classic rock Solari has been known for, but with more or less the same musicians that accompanied him during "Los Fundamentalistas..." stint.